Shiraz the noble cultivar and a South African icon 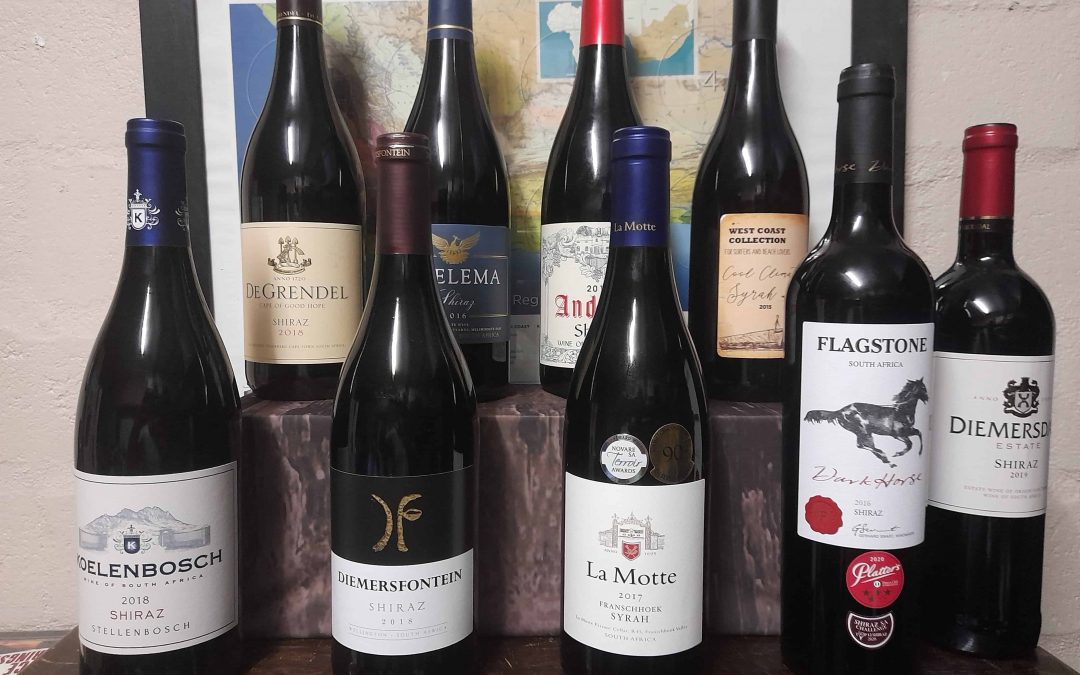 Shiraz the noble cultivar and a South African icon

If one is a fan of wine, it is almost inevitable that you would have been exposed to the iconic wines made from this grape.

The origin of the Shiraz vine was for a long period believed to be Persia, more specifically the Tigris and Euphrates delta which is now known as Iran. Research has however shown conclusively that the grape has its roots in France and in particular to the north in the Rhone valley (Cote Du Rhone) The climate with chalky soils and clay substrate ensured that this small yet thick skinned dark grape thrived.

How the grape found itself in Persia is no doubt worthy of a separate and possibly contentious post. It is however (now) undisputed that the modern incarnation of this ancient rootstock has found great favor and prestige in many wine growing countries.

One could convincingly argue that the Southern hemisphere countries such as Chile, Australia and South Africa have raised the profile of Shiraz. In the Northern climes France(obviously) and the U.S. also rightfully claim that their wine has gravitas and appeals to wine lovers.

Here in South Africa we also seek to claim mastery of this grape as we have moved away from over oak regimes and overtly ripe grapes. It is worth pointing out that our climate of sun and long warm days caress the vine to ensure purity of fruit and good yields as long as the vines are not stressed with too much wind and excessive heat waves.

Our Australian cousins take huge pride in their interpretation of Shiraz which is credited with ensuring that they take their place amongst the fine wine producing countries. As always, the rivalry that exists ensures that South Africa also refuses to concede an inch when it comes to wine excellence.

The Western Cape has a mild climate often considered to be similar to the Mediterranean, the vines do however enjoy cold and wet winters from late May till mid September which nourish and revitalize the them for the start of the growing season.

There is a wide rand of winery buildings and cellars which are well worth a visit as they are inevitably sited on land with gorgeous views and breathtaking landscapes.

Guests are spoilt for choice with over 700 wineries that welcome wine lovers to enjoy their product at source, often accompanied with Platters and in some cases fine dining establishments.

There will be some readers who will be puzzled by the appearance of Syrah which may mislead them into believing that they are two separate grapes. The simple answer is that they are identical. It is however worth mentioning that  the style of wine making due to terroir and other factors ensures that there is a clear difference when facing the moment of truth in the glass. The simplistic definition is that Syrah tends to be more typical of France with a naturally leaner and more linear identity whilst the Southern hemisphere wines tend to be a little more fruit driven and robust due to climate.

As always there is a but which offers the contradiction of some producers growing Shiraz/Syrah to replicate the French style of the ancestors. Some even label the wine as a Syrah to drive home the perceived advantage. It is however a given that this style tends to come from cooler climate areas that mirror the French legacy. Winemakers will argue that their efforts offer elegance and finesse versus a more robust style especially in the early stages of the wine’s evolution. My personal observation is that the brashness of youth of a Shiraz is not off putting in the least and is almost typically masculine as the wine ages and evolves to become polished and refined.

Syrah if one follows the possibly sexist? metaphor which is more feminine and restrained until it also finds it plateau of perfection.

In South Africa we have 10% of our plantings as Shiraz. Due to the two contrasting style the vines are well represented in the different regions. The Robertson region in particular has some excellent examples of this fine cultivar as does the Swartland that tends to have dry land bush vine Shiraz that enjoys the harsh local climate.

When seeking out Shiraz/ Syrah there are a few characteristics of these wines to consider. Shiraz tends to be Ruby/purple in color with attractive notes of black and red berries. A spiciness is often discernable usually black pepper balanced with some savory appeal and smoked meat/bacon aromas may be present. These wines are best paired with BBQ meats, steaks, hearty casseroles, stews,roasts, ribs, burgers and pasta.

In the case of Syrah, the color will be similar. One will find notes similar to Shiraz though less pronounced. The likelihood of picking up white pepper and violets is possible with some oak which is in the form of vanilla and baking spice.It is recommended that it is paired with venison, duck , mushrooms, stews and less robust pasta dishes.

If one wishes to seek out the best examples it would be a good idea to research the various local competitions. There are a number in South Africa that seek to reward wine makers with gold medals such as Michelangelo and Veritas, stars in the case of the Platter guide and 90 + points in reviews such as Decanter and Tim Atkins. The CWG is another discerning entity which places huge emphasis on outstanding wine making. These exercises serve a great purpose of highlighting the exceptional quality of wine available and act as a beacon of enlightenment for those seeking out the best wines.

Though there will always be variations on interpretation of the quality of wines, those who wish to enjoy fine local Shiraz should seek out Saronsberg, Rijks, La Motte, Boekenhoutskloof, Hartenberg, Jordan,Keermont, Waterford, De Grendel, Flagstone, Cedarberg, Mullineux, Boschendal amongst others. I also recommend visiting the above for an exceptional wine experience with varied offerings. A must stop for me is Thelema which has a comparative tasting of both their home grown Banghoek grapes as well as their cool climate vineyards named Sutherland which is situated near Houwhoek.

If one is in the market for good value wines, many wineries have exceptional value. These include Windmeul, Kleine Zalze,Spier,Backsberg, Alvies drift, Cloof , Koelenhof and many more which will impress any wine lover.

As the convenor of a modest wine club named the West Coast Winos based in Blaauwbergstrand, it is always a joy to explore the Shiraz/Syrah proposition and members are inevitably impressed with this grape and the resulting wine. It is also a joy to visit the numerous wineries for my personal enjoyment or as a wine tourist guide for my company Golden Cape Tours.