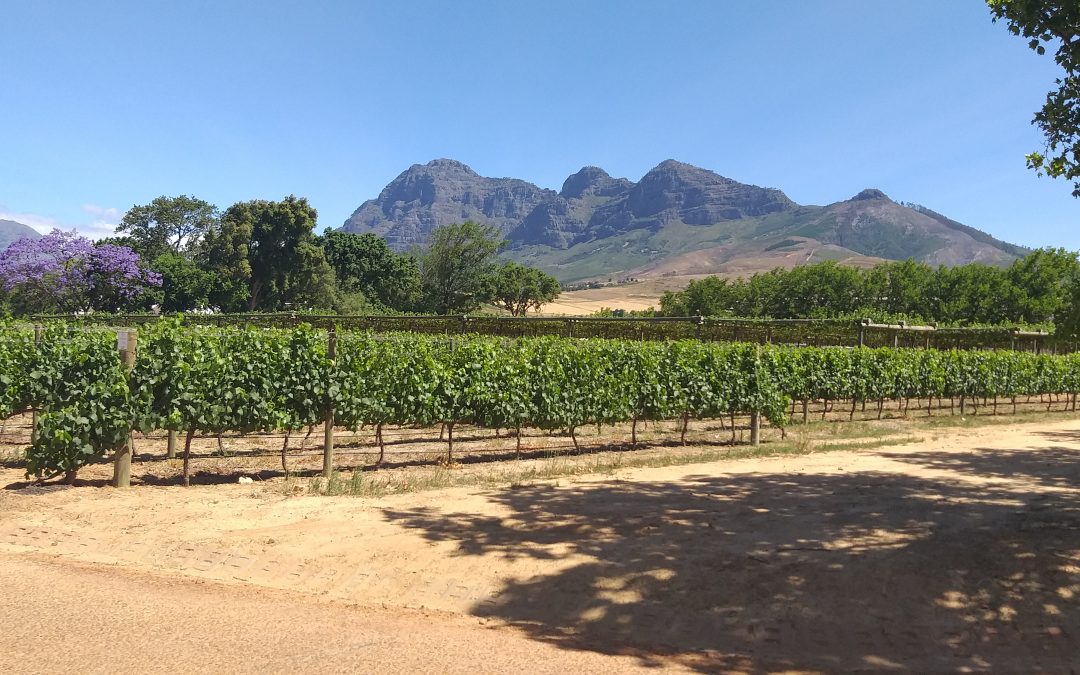 Places you have to visit when in Cape Town – Babylonstoren

It is with much embarrassment that I have to declare that I only very recently discovered the charms of this progressive marvel of determination and vision.

In my defence, it was a combination of there being so many other attractions in the immediate vicinity as well as my perceived lack of wine making heritage. I love wine and the idea of paying big bucks for wine from new vineyards does not rock my boat.

I was soo wrong as the gardens alone are well worth a visit. Clearly attention to detail and research was the order of the day when designing the 11 hectare gardens. A combination of vegetable and fruit gardens modeled on the original Cape Town gardens has resulted in a beautiful and eloquent testimony, to the establishment of Cape Town as refuelling stop on the arduous journey back and forth to the East indies. The original farm still has remnants of the original inhabitants from centuries ago. This in the form of shards of blue and white bone china elegantly exhibited at the entrance of the garden.

There is something truly magical when roaming the immaculate blocks of all manner of greens, flowers and fruit. Even the encounter with a geometric tortoise was unusual as the hard-shelled beast seemed on a mission to get to his destination as speedily as possible. Very un tortoise like!

Birds and insects abound, especially the honey bees who must love this paradise. If there is one thing that I regret, it would be that I did not book a garden tour. Sadly this was not possible due to the tours being full. By shadowing a couple of the tours, it was clear that the guides were passionate about their turf and were informed and amusing.

A meander along the babbling brook which runs along the gardens and which serves as a border was peaceful and enchanting.I almost expected a frog or a prince to appear? As we doubled back to the garden, we were faced with a tough decision as to take an early lunch in the Green house or trudge back to the main compounds which house the myriad of offerings. These include a dough house which served delectable pizzas and the like, a Charcuterie, a sophisticated souvenir annex with equally sophisticated prices as well as a butchery with huge joints of meat maturing in chillers.

The tasting room is different and well worth a visit, cleverly designed to showcase the elements of wine making such as corks,glass, skins and the wine making process, it also houses fascinating dioramas of the early days of the Cape.

As mentioned previously, the wine offering is modest, at this time, as the vineyards are still young and developing. The wines themselves are good but may lack gravitas for some palates. Sadly the Shiraz was unavailable as they were sold out and they were transitioning to the new vintage. All the “labels”are unique as they seem etched rather than pasted on. The whites were useful but not really my cup of tea if one did the price to quality test which I swear by. Admittedly these wines are not aimed at the locals(in my opinion) The reds were pretty decent though pricey, and the BUBBLY was good! though eye –  watering expensive(for me!)

The awards, that the young winemaker, Klaas Stoffberg, has already garnered, and the awards wall  cleverly displayed suggests that the winery is on the right trajectory.

My tip would be to order one of the platters after the tasting and watch the clientele from many nations passing through the facility ably assisted by the attentive and friendly staff. Cellar tours are available, booking is understandably essential, especially for the restaurant appropriately named Babel which apparently, has a two month waiting list.

I was particularly captivated by the scent factory with a myriad of aromas, some subtle and others pretty powerful, to which my partner could attest to!

The farmstyle hotel looks pretty cool and must be pretty chic for those who have the time and means to relax in this beautiful part of the Cape.

I as a local will definitely be back to renew acquaintances with the friendly donkey and other critters such as nesting pigeons and free run chickens and roosters as well as a solitary turkey. Possibly the irony of my Thanksgiving day visit was lost on him?

All in all an informative and worthwhile visit to an establishment that is a ground breaker in sustainable food practices and a beacon to job creation and a solid hospitable experience! Why not Be My Guest and book a wine tour to this beautiful part of the Cape.

The building dedicated to roosting pigeons